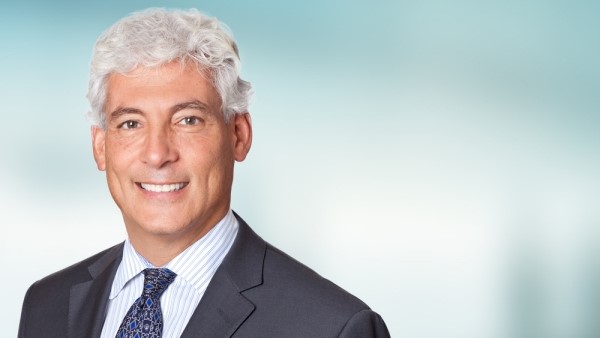 Svante Appoints Steven Berkenfeld to Board of Directors

VANCOUVER, BC, Dec. 12, 2019 – Svante Inc., whose technology captures carbon directly from industrial sources at half the capital cost of existing solutions, today announced that Steven Berkenfeld has been appointed to its Board of Directors, effective December 12, 2019.

Berkenfeld was a Managing Director in investment banking at Barclays Capital, where he served as senior sponsor of the Social Impact Banking Initiative, co-heading the firm’s Cleantech Initiative, and leading the banking effort for Emerging Industrial Technology companies. He also managed the Transaction Review Committee process and chairs the Reputational Risk Committee for Barclays International, and served as chair of Barclays Capital’s Equities Commitment Committee and Fairness Opinion Committee.

One of Berkenfeld’s passions has been his social impact work – understanding the growth opportunities in green and renewable energy. He has advised countless entrepreneurs on how to scale up their businesses.

‘’With the broad and extensive experience in all aspects of investment banking and private equity, particularly in impact investing and sustainability, Steven will further strengthen our ability to unlock the capital needed to support the scaling of our business,’’  said Wayne G. Thomson, Chairman of Svante Inc.

Berkenfeld is former chair and a member of the board of directors of the Sierra Club Foundation; co-chair of the board of Green City Force; a member of the board of Bend the Arc. In addition, he is the sponsor of the Employment Sustainability Initiative on Employment and Technology at the ILR School of Cornell University; sponsor of the Carbon Removal / New Carbon Economy initiative of the Atkinson Center for a Sustainable Future at Cornell University; and he is actively engaged in various projects relating to the “future of work.”

“Global markets and the broad financial sector have a powerful role to play in driving the transition to a net-zero carbon economy and supporting clean growth opportunities,’’ Berkenfeld, said  ‘’Carbon capture and storage is an important and proven technology that is needed to support our efforts to slash emissions from hard-to-abate sectors such as cement, chemicals and hydrogen.’’

Svante’s technology is currently being deployed in the field at pilot plant-scale by industry leaders in the energy and cement manufacturing sectors. The CO2MENT Project – a partnership between LafargeHolcim and TOTAL S.A. – is building a 1 tonne per day plant in Richmond, BC that will re-inject captured CO2 into concrete, while the construction of a 30 tonne per day demonstration plant capturing CO2 from an industrial gas boiler was completed in Q4 2019 at Husky Energy’s Pikes Peak South thermal project in Saskatchewan, Canada.

Svante offers companies in emissions-intensive industries a commercially viable way to capture large-scale CO2 emissions from existing infrastructure, either for safe storage or to be recycled for further industrial use in a closed loop. With the ability to capture CO2 directly from industrial sources at less than half the capital cost of existing solutions, Svante makes industrial-scale carbon capture a reality. Svante’s Board of Directors includes Nobel Laureate and former Secretary of Energy, Steven Chu; former Airbus Group’s Chief Technical Officer Jean Botti; and Ganesh Kailasam, Technical Director of the Oil and Gas Climate Initiative. To learn more about Svante’s technology, mission and people, click here. You can also connect with us on LinkedIn or Twitter @svantesolutions.